Adobe is celebrating the 25th anniversary of Photoshop, the most famous and most used photo editing software ever. Photoshop has had a long history of updates. In fact, you might not recognize the first version of the software. The origins of Photoshop date back to when Tom Knoll wanted to showcase grayscale images on his monochrome display, which was on his Macintosh Plus. It was then suggested that he should turn this program, which he called "Display," into a full image-editing program. 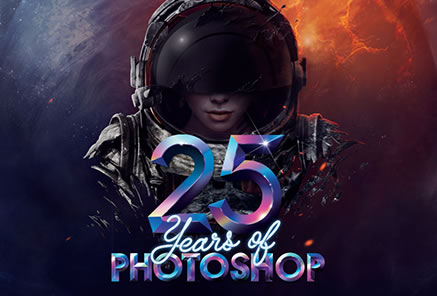 September 1989 was when Adobe bought Photoshop. At the time, the creators of Photoshop had been in talks with both Supermac and Aldus, which were other software companies. Both, however, turned down the deal, eventually leading to a deal between Photoshop and Adobe. This would be huge for both companies, launching them into success.

After a couple of other in-progress versions, Photoshop 1.0 was finally released to the public in 1990. At the time, it cost around $300 per hour for photo retouching.