Apple appeared to leak the ship date of its latest Mac OS X desktop software, dubbed El Capitan, during a launch event in San Francisco on Wednesday. Craig Federighi, Apple's senior vice president of software engineering, was on stage showing off new features of the iPhone 6S smartphone. During the demonstration, he opened a personal email from Phil Schiller, Apple's senior vice president of marketing, with the subject line "El Capitan status." 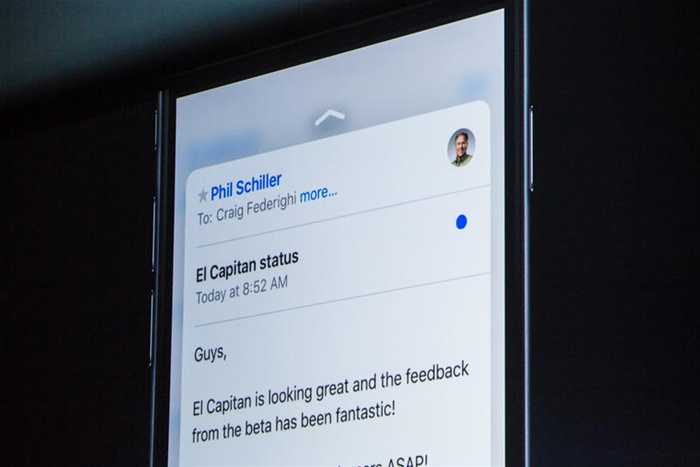 "El Capitan is looking great and the feedback from the beta has been fantastic," Schiller wrote in the email. "El Capitan ship date is September 30."

The email was marked as confidential. It's unclear if Apple was just being cheeky or if it unintentionally showed the release date. Shortly after the reveal the company's website said the software is "coming September 30." Apple is known for keeping product launches secret, which typically creates an air of mystery and leads to rumors being leaked on the Web.