After months in beta, iOS 9 hits iPhones and iPads today! Hurrah! Want to be the master of all things iOS 9? Techcrunch have compiled a list of some of the neat but not-so-obvious features, many of which are tucked away enough that you might not otherwise stumble upon them on your own. You need to find a toggle hiding away in Apple’s settings menu. You know it exists - you’ve seen it before. Now… where the hell was it? 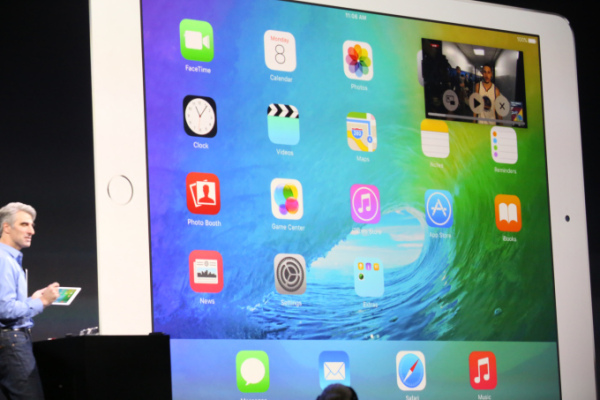 Stripped from iOS when Apple moved away from Google Maps back in 2012, public transit support finally returns to the default Maps app in iOS 9.

The Keyboard Doubles As A Trackpad (iPad only)

When you’re trying to edit a big ol’ wall of text, placing the cursor in just the right place can be a total pain — particularly for those who’ve spent years relying on the precision of a mouse or trackpad. iOS 9 turns the keyboard into a trackpad, if you touch it just right. The trick? Place two fingers, side by side, on the keyboard and swipe around as if it were a trackpad; the keyboard will go blank, and you’ll gain a whole new method of input.

Alas, this only officially works on the iPad; while some of the iOS 9 betas had iPhone keyboardpad support, it hasn’t been announced whether or not it’ll make the cut in the final release.

Ever been wanting to watch a video on your iPad while doing something else at the same time? You now can — and it’s relatively easy, assuming you have a newer iPad (iPad Air, iPad Air 2, iPad Mini 2 or later)

Here’s how: start watching a video in Safari. Tap the video with one finger to bring up the control interface — look for the icon that looks like a box within a box. Tap that, and bam — it’ll float into a new, independent box that’ll stick around even as you switch around from app to app. You can drag the video to place it in any corner.

Third party developers are able to access this functionality in their video-enabled apps, so expect it to roll out to other apps soon.