Funnel specific Window apps to users inside an organization 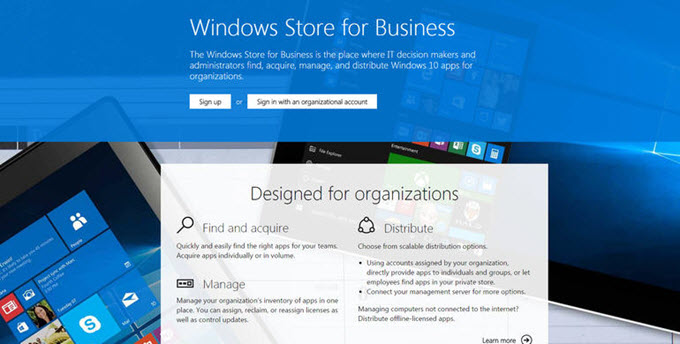 The Windows 10 Store for Business - according to the site where users will be able to sign up or sign in with an organizational account - is for admins who want to make applications available to their users outside of the normal Windows Store channel in Windows 10.

The portal will allow admins to find apps for their teams. They can acquire apps individually or in volume. They can assign, reclaim or reassign licenses to various apps and control app updates. They also can distribute offline-licensed apps via the Windows Store for Business.

The coming Windows Store for Business portal can serve up Windows Store apps for volume acquisition and distribution, as well as custom line-of-business apps that are meant for distribution only inside a particular organization.