Microsoft has launched its version of Black Friday with a week-long promotion offering content for only 10 cents. The Redmond giant announced the deals late last week. Yusuf Mehdi, Corporate Vice President of the Windows and Devices Group at Microsoft said in a blog post for the next 10 days Windows 10 users can take advantage of the promotion, which will over offer over 1,000 movies, music, applications and games for 10 cents each. 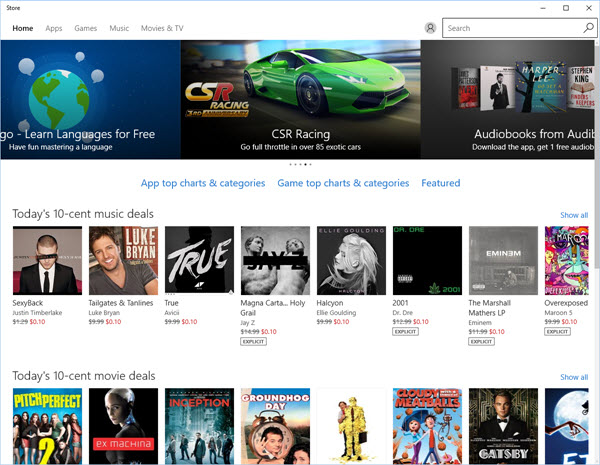 The deals, coming just ahead of the Black Friday and Cyber Monday shopping days, will rotate and change every day, reminiscent of Amazon's lightning deals.

The 10 cents deals are available through Friday 20 November until this Sunday, 29 November on Windows 10 devices only in the United States.

According to Microsoft, over 110 million devices are now running on the latest operating system, Windows 10, which received its latest update in November.