Windows 10 universal apps plan gets a lift from Uber

Uber on Wednesday took to Microsoft's Windows blog to announce its universal Windows 10 which can run on phones, tablets and PCs. Uber product team member Yuixin Zhu credited the "power of the Universal Windows Platform" for the company's ability to do what Microsoft hopes what more developers will do: "deploy a single app through a unified store that delivers the right experience to whatever device downloads the app". 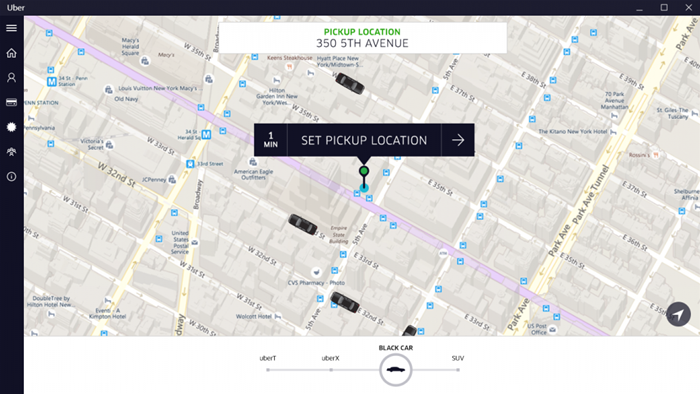 Windows 10 desktop users can do basically everything they can do on phone versions of the app -- except call and text their driver. This includes registering with Uber, requesting a ride and setting a pickup location. Users can also hit up Microsoft's voice assistant Cortana to hail a ride, which ties in nicely with the launch of Cortana for iOS and Android announced this week.

The app will provide an estimate of the cost, while a map shows the driver's location on the pickup route. Windows 10 desktop users can split fares with friends and as with the phone app, rides are automatically charged to the registered credit card.

Uber for Windows 10 even supports live tile updates on Microsoft's Start menu, which displays the estimated time of the driver's arrival and saves the rider from having to open the app on whatever phone they're using -- which is more likely to be an iPhone or Android.