Google announced that it has acquired Qwiklabs, a hands-on learning platform for those who want to become more familiar with operating cloud environments and writing applications that run on them. Qwiklabs, which launched in 2012, has only focused on teaching skills for Amazon’s AWS platform so far. Given AWS’ dominance in the marketplace, that made perfect sense. Amazon even uses Qwiklabs as its go-to service for offering self-paced labs for developers on its platform. 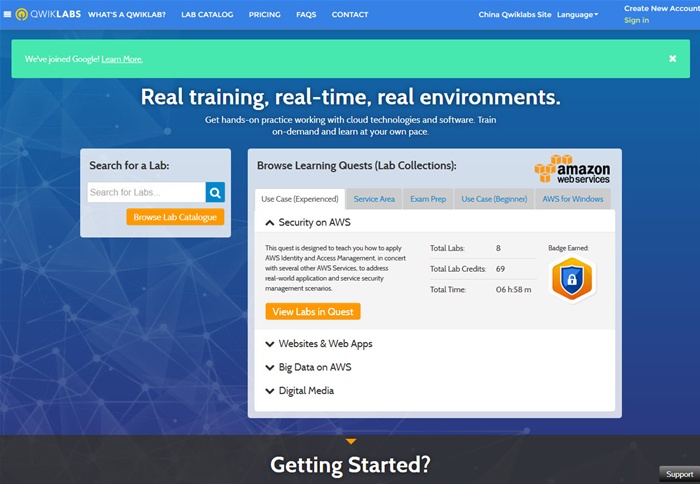 Google says it will use Qwiklabs’s platform to focus “on offering the most comprehensive, efficient, and fun way to train and onboard people across all our products on Google Cloud, including Google Cloud Platform and G Suite.”

Qwiklabs says it will continue to offer lab learning credits and subscriptions on its site and it looks like the existing AWS labs will continue to function. I’m not sure we’ll see all that many new AWS courses in the future, though, but that remains unclear. A Google spokesperson told that the company doesn’t have any further specifics to announce about this. As far as Qwiklabs’s Google Cloud courses go, the same spokesperson also told that the company doesn’t have any specifics to announce as to when those will go live, either.