Microsoft rolls out Focused Inbox to cut out email clutter

Microsoft has announced a major feature update for the Mail and Calendar apps in Windows 10, including the highly anticipated and a little overdue Focused Inbox. Focused Inbox for the Windows 10 Mail app introduces a feature that automatically sorts out important email in the cloud and places them in a Focused tab while everything else lands in the Other tab. It was a key feature of the Accompli email app, which became Outlook for iOS and Android after Microsoft acquired the company in 2014. 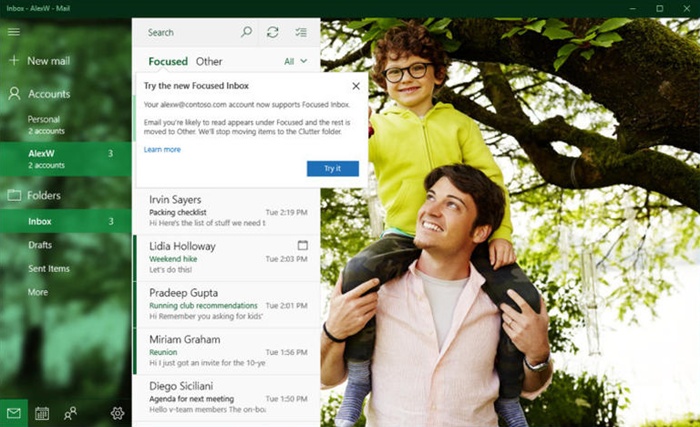 The mobile app helps manage email, calendar, contacts, and files. But while the app supports other providers, for now Focused Inbox only supports Outlook.com and Office 365 accounts.

For Outlook and Office 365 users, once Focused Inbox arrives, Microsoft's in-house Clutter feature will no longer be available. Microsoft announced these changes in January.

The feature learns what's important by analyzing which contacts users interact with frequently, as well as the type of content involved. Users can disable the feature if they don't want it, or train it to improve automated sorting by moving email from one tab to the other.