You may not know the name, but trust me: if you use the web you've had reason to thank Virginia Howlett. Why? Because she was Microsoft's Program Manager in Typography, working with Matthew Carter to design what is still the best web font, Verdana.

In addition, if you've ever used Windows in the last 9 years, you've come across her groundbreaking work on User Interface Design. Windows 95 was the operating system that brought personal computing to the mass market.

In this interview we discuss Verdana, Win '95 and what Bill Gates is really like ...

DMX: "So you met BillG? What was he like, and what was it like, meeting the richest man in the world?"

VH: Bill Gates - yes, well. There's a lot already written about him. He's extremely smart - which you are aware of when you talk to him. He can be kind of charming -- I was in a circle of people at a ship party once, listening to him tell a story about how he met Steve Ballmer. They were both at Harvard and met while taking the same Microeconomics course. Evidently Bill never attended the courses he signed up for, he audited whatever interested him, and then would turn up for the finals and ace his classes. He said he and Ballmer had heard about each other, but didn't really know each other until this microeconomics class. During that term, would run into each other & say, hey - we gotta study for that class someday. So, a few days before the final, after not attending the class at all, they studied together, and then got the two highest grades in the class.

Bill is demanding as a boss, but he respects people who know their stuff. He asks a lot of penetrating questions in meetings. If you have the answers, he'll respect you - if not, he won't. (Which seems perfectly reasonable to me.) If you're smart & work hard, he's very fair.

He has an incredible memory. When I first joined Microsoft, there were about 900 employees worldwide, and he knew who all of them were.

DMX: Are there any aspects of the UI that, in retrospect, you wished you had changed before the final release?

VH: I went on a leave of absence to write my book before the final release of Win95. Ironically, the marketing people used blue skies with white clouds in the marketing materials, so the team made a sky desktop background. It was a cliched sky - I could have done much better ones, but I wasn't involved by then.

DMX: It's common for fine artists to be working as web designers, but User interface engineers [insert your preferred term] seem generally to be from psychology backgrounds. How did your own involvement in fine art lead you to Microsoft, Verdana and Win 95?

VH: Another long story. I have an MFA in Painting from a good art school (The Art Inst. of Chicago) and was a college professor teaching Painting, Drawing, Design & Art History. Due to family circumstances, I had to leave teaching and change to a career as a graphic designer. (I did both graphic design & teaching in grad school.) I kept painting, but had to work fulltime to support my two daughters. I started at Microsoft as a production designer, doing paste-up on manuals (before desktop publishing software). I had always been interested in visual perception, especially color perception, so I took classes & did research. Then I worked on the design of computer-based training. And, when Microsoft set up a User Interface group (which included Usability), I was asked to start a Graphic Design group in User Interface. I built a great team of talented designers, eventually installing designers on all the key product teams. Now there's a position called "Product Designer" at Microsoft and product designers on all the development teams.

DMX: It's interesting that your gorgeous Sky paintings on blueskyartist.com are "traditional media" e.g. watercolour or oils - no computers used Should we read into that a rejection of all things computer, or is it something about the tactile process of "getting your hands dirty" that means you don't use digital techniques, or what?

VH: I was a painter first. I've always been a painter, even when designing interfaces for Microsoft, and others. They are two sides of my brain really. Artwork is about expressing a feeling and making a statement, in pure visual terms. My work is quiet and meditative, using color to express a sense of light, space and landscape.

I use PhotoShop to prototype software, but could never use it for creating fine art! A big aspect of my work is the softness of the shapes I can get with watercolor, and the feelings they evoke. I paint in oil as well, blended color fields -- abstract visions of water, sky, space.

It's not that I reject using a computer for fine art, but the goals of my work -- evoking that deep connection we get from staring at the sky -- can't be easily achieved on a computer. My artwork is about who I am, really, which is true of all artists. My work is what I do, it's what comes out of me. I almost don't have any choice about it.

See All Postings From Bruce Lawson >> 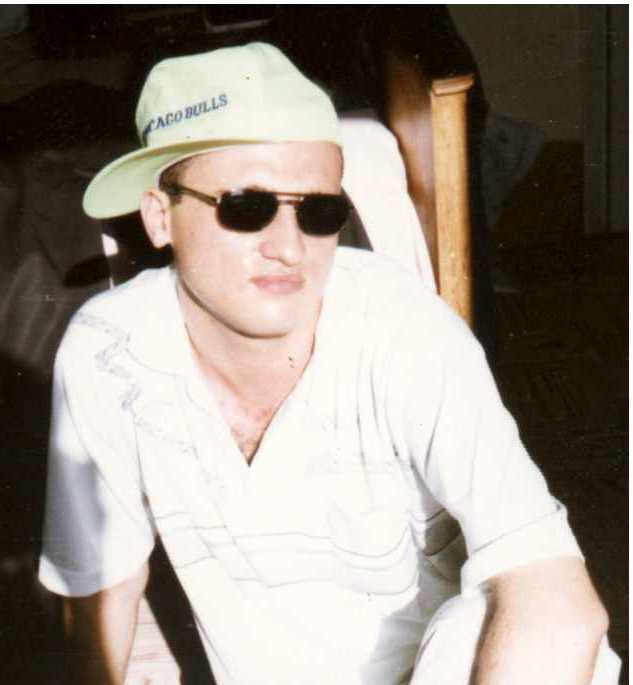 June 24, 2004 by Said Abdellatif Said Bakr
Why Verdana was named by this name? Why did not you make it multilangual? i.e has several faces for several languages.