Parallel Testing for PHPUnit with ParaTest

Run tests in parallel without the use of extensions

PHPUnit has hinted at parallelism since 2007, but, in the meantime, our tests continue to run slowly. Time is money, right? ParaTest is a tool that sits on top of PHPUnit and allows you to run tests in parallel without the use of extensions. This is an ideal candidate for functional (i.e Selenium) tests and other long-running processes. 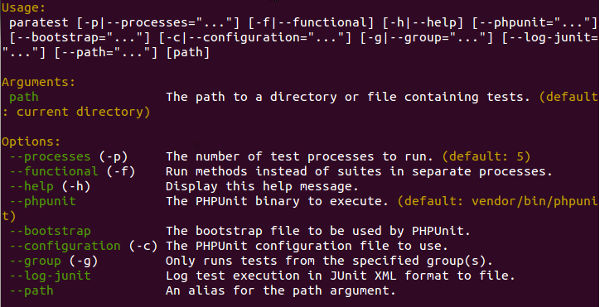 ParaTest is a robust command line tool for running PHPUnit tests in parallel. Inspired by the fine folks at Sauce Labs, it was originally developed to be a more complete solution for improving the speed of functional tests.

Since its inception – and thanks to some brilliant contributors (including Giorgio Sironi, the maintainer of the PHPUnit Selenium extension) – ParaTest has become a valuable tool for speeding up functional tests, as well as integration tests involving databases, web services, and file systems.

ParaTest also has the honor of being bundled with Sauce Labs’ testing framework Sausage, and has been used in nearly 7000 projects, at the time of this writing.