We celebrate our 15th anniversary 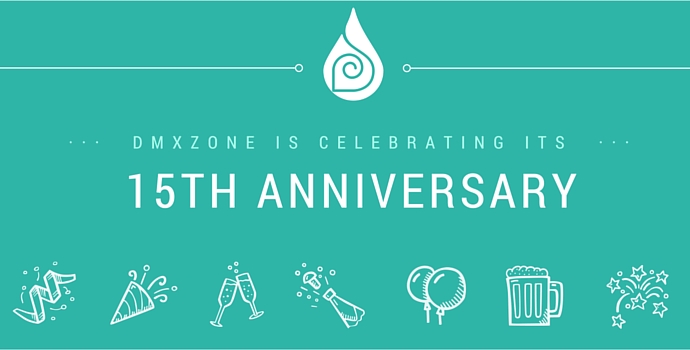 It's our greatest pleasure to announce and celebrate DMXzone's 15th Anniversary with you, the users, who are the main reason for our existence!  We're thrilled to share with you this special moment and we thank you for all the amazing years so far. We hope we'll be around for at least another 15 to bring you even more awesome extensions, high-quality content and the best support there is. We're starting this special week with a small timeline from the beginning, 15 years ago, until present days so enjoy and get to know us better. 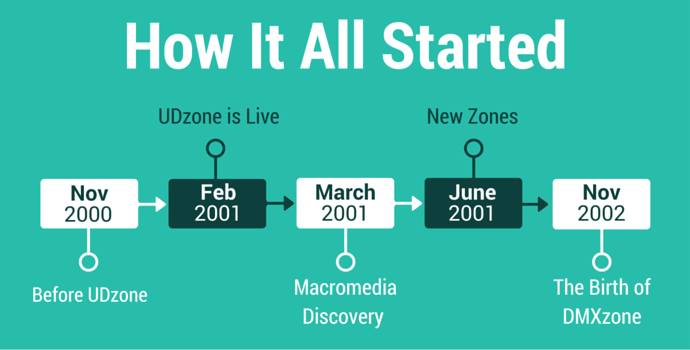 19th November, 2000 - It all started with Pure ASP File Upload, which is the ancestor of our most popular commercial extension - the Pure ASP Upload 3. It's been released for the public and the rest is history. Before UDzone was launched, there were only 8 extension available but by 2016 they'll become almost 200! More info on how it all started you will be able to read in an interview that we conducted recently with George Petrov, SEO and owner of the company.


1st February, 2001 - The website UDzone.com, which will later become DMXzone.com is Live! Back then it's the biggest community for UltraDev users. It offers a few extensions, useful articles, books and a handful of experts.

7th March, 2001 - Soon after the website has been launched, Macromedia invited UDzone to speak at the Macromedia UCON in New York. After the great success at this user conference, UDzone started expanding.

13th April, 2001 - Right after UDzone gave its presentation on the annual Macromedia UCON, it's been selected as the official Macromedia Site of the Day. If you're curious how the website looked like and what was a trend back then, you can still see the presentation below.

9th June, 2001 - Back in the summer of 2001, three new zones have been added to the community - DWzone (Dreamweaver), FWzone (Fireworks) and FLzone (Flash).Later in July, three more zones are added to the Dynamic Zones Network - MXzone (Macromedia MX products), DNzone (ASP.NET) and CFzone (ColdFusion)

12th November, 2001 - With the release of Dreamweaver MX, UDzone got merged with MXzone and DWzone and became what you know it today - DMXzone. 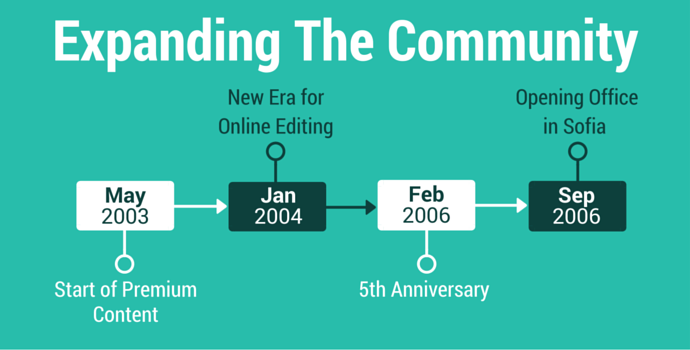 15th May, 2003 -  In the spring of 2003, George Petrov introduced a new section within the DMXzone community, called Premium Content. "Intro to writing extensions" was the first article and since then, thousands of articles have been published. With Bruce Lawson as editor in chief, it quickly gathered well-know writers such as Molly E. Holzschlag and Rachel Andrew of the Web Standards Project, Tom Dell'Aringa, Allan Kent, Gareth Downes-Powell, Robin Dewson, Chris Ullman, and Matthew Machell. All are known from successful books with Wrox Press, Microsoft Press and glasshaus.

25th September, 2003 - The day marks the release of our most downloaded extension ever! With over 123000 downloads List-o-Rama opened the door for extensions such as Universal CSS Navigation Menu and DMXzone Bootstrap 3 Navigation. Inspired by Ian Lloyd's List-o-matic, it quickly became a trend setter for future CSS tools.

A New Era for Online Editing

29th January, 2004 - One of the most memorable moments in the history of DMXzone is the release of Advanced HTML Editor, which will later evolve to its current third version that you still use. Back then the extension was the foundation for easy online editing without any HTML knowledge and today it also features add-ons such as: Online Page Editor, File Manager, Image Gallery and more. It even works with the finest HTML5 Slideshow and Nivo Slider galleries!

October, 2005 - DMXzone introduced its E-magazines! They contained the best web development and design articles, inspiring graphics, interviews from the world's leading experts, the latest news, events and much more.

5th December 2005 - On this day almost 11 year ago Adobe acquired Macromedia. Since then, we never stopped working with their developers team in an effort to improve Dreamweaver. Even though a lot of the DMXzone users were skeptic about the acquisition (according to a pool, conducted back then), Dreamweaver turned out to be a great base for our extensions.

1st February, 2006 - DMXzone celebrated its fifth anniversary with an e-magazine, which is still available for you to read. If features some key moments that will bring you back in time so you can experience the astonishing growth of the community and how the technologies evolved through the years. 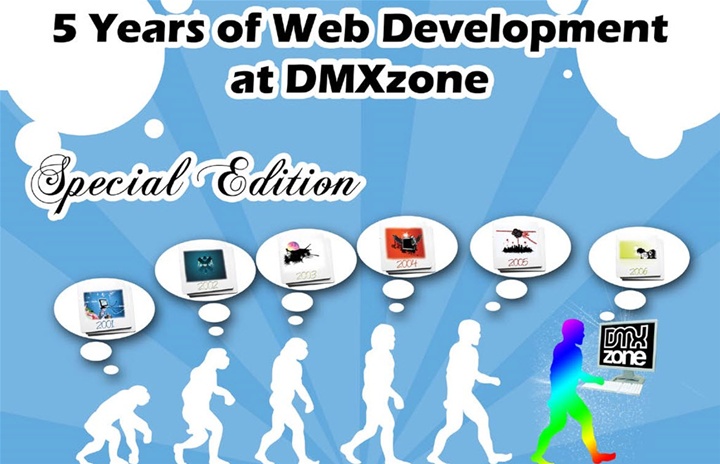 
September, 2006 - Shortly after the 5th Anniversary, the company was in high need of expansion. This year our Bulgarian office in Sofia is celebrating it's 10th year of existence. More about the people working there you'll find in the Meet the Core Team article, coming later this week. 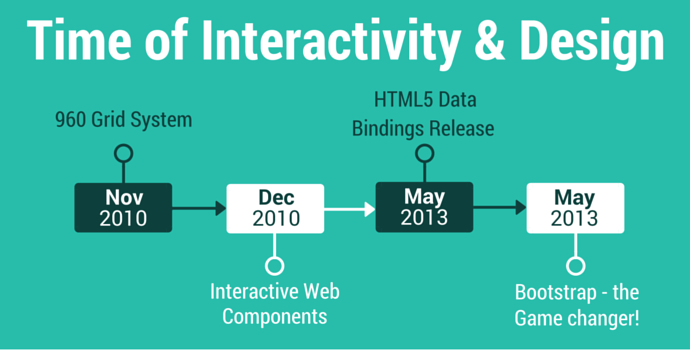 9th November, 2010 - Before Bootstrap, there was 960 Grid System. It was the most amazing tool to use for website layouts and some people use it even today. Only on DMXzone it was downloaded over 40000 times!

December, 2010 - By the end of the 9th year, DMXzone already hosts more than 65 Dreamweaver extensions. This period marks a great demand for beautiful galleries and image presentation, among other server side tools. With hundreds of thousand of downloads, 3D ImageFlow Gallery, Active Slideshow, Active Photoviewer, Folder View, 3D Photo Wall, Advanced Tooltips, Advanced Layer Popup, Ajax Datagrid, Data Exporter and Form Validator are just a few from the extensions, which we released. 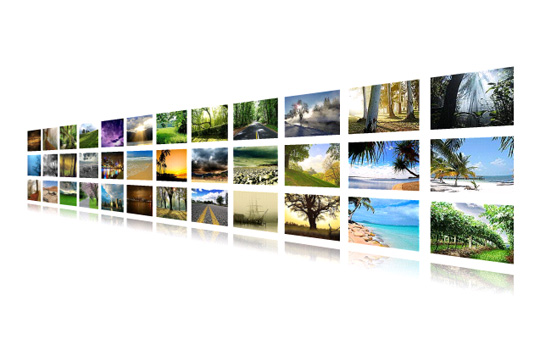 4-8 May, 2013 - DMXzone joined the annual Adobe MAX conference, where George Petrov announced the groundbreaking HTML5 Data Bindings, which later became the main ground for all our server side extensions. In addition, he showed our Bootstrap integration in Dreamweaver, which is still one of the most downloaded extensions to date. 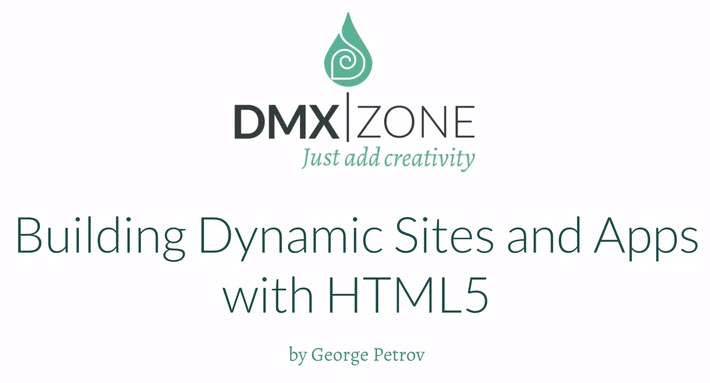 29th May, 2013 - It was only 3 years ago but it will never been the same again when it comes to designing CSS based, responsive web layouts. With the release of DMXzone Bootstrap, the perfect site layout was and still is possible in just a few minutes. We can't wait for its fourth version, which we hope to be available this year. 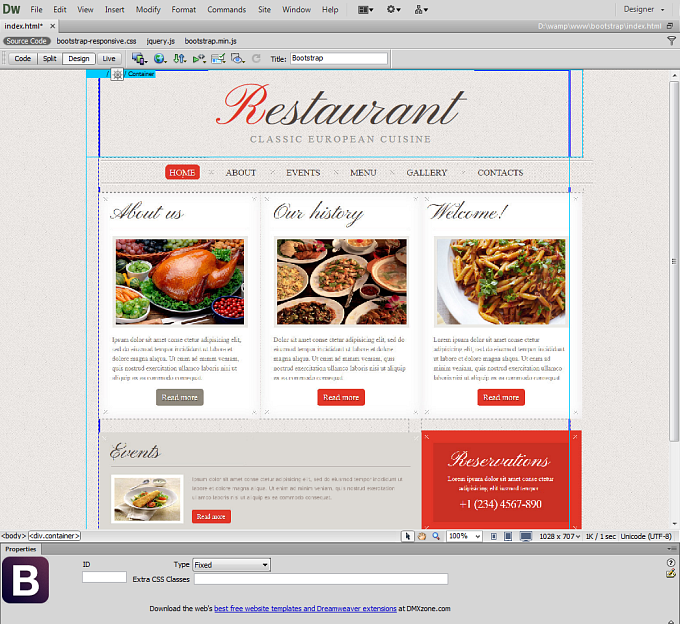 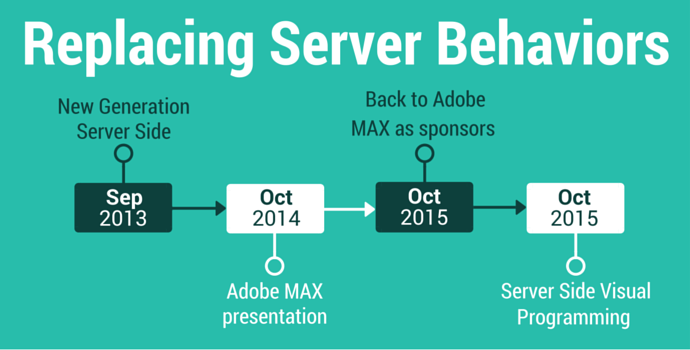 18th September, 2013 - The birth date of DMXzone Database Connector. We're extremely proud of this particular tool, which led to replacing the old-deprecated Dreamweaver server behaviors with the most advanced technologies available. Since then, we released a number of awesome extensions such as the DMXzone Database Updater,  DMXzone Security Provider, DMXzone Server Connect, HTML5 File Upload and many others.

Back to Adobe MAX

3-7 October, 2015 -A year later, we joined the Adobe MAX experience once again but this time as an emerging sponsors. We met so many of you at the Community Pavilion and had a fantastic time getting to know you better. 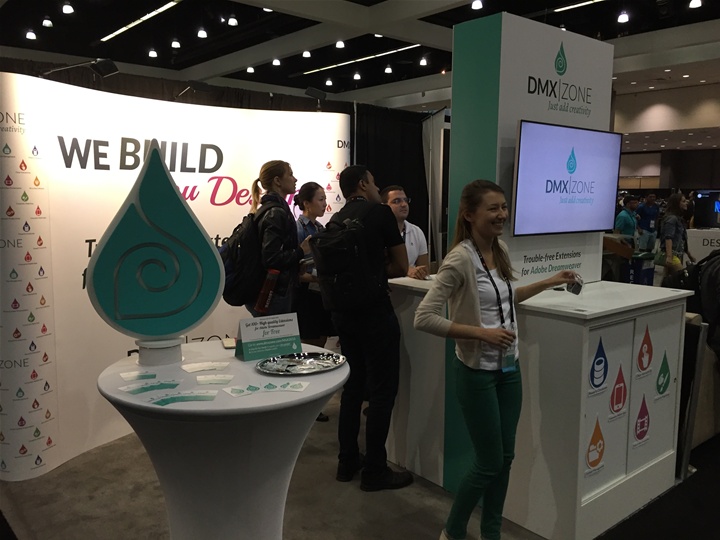 7th October, 2015 - During the MAX Conference last year, we announced DMXzone Server Connect to the public! There was a great need for this tool as complicated server actions workflow was not possible.

December, 2015 - DMXzone already released almost 200 quality-extensions and templates and over 100 of them are still available for you.

February, 2016 - We started the year with a great new addition to the Bootstrap 3 family, called DMXzone Bootstrap 3 Components and intend to bring you a handful of new Dreamweaver extensions this year. Focused on the most anticipated tools, we're currently working on HTML5 Form Validator, a new generation Smart Mailer, Image Resizer and other fantastic extensions, which will be available pretty soon so stay tuned!